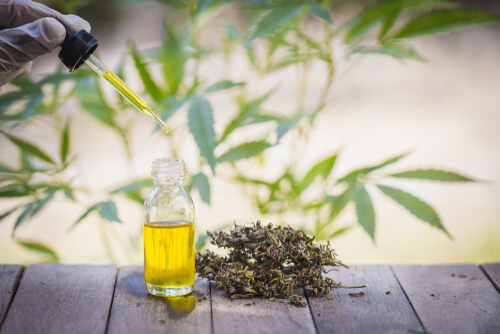 Syracuse University researchers have presented results from a placebo-controlled trial that explored cannabidiol’s impact on acute pain sensations. The mixed outcome indicates that cannabidiol may lessen unpleasant feelings, thus aiding the user in tolerating pain much more effectively despite not mitigating their pain. This is not the first CBD pain relief study, and it will not be the last one either.

CBD is among the most common active components in industrial hemp. Unlike tetrahydrocannabinol, it is not shown to have intoxicating effects.

Cannabidiol has been considered a treatment option for insomnia, cancer, and several other health conditions over the past few years. Most claims around cannabidiol’s medicinal applications are not substantiated, so scientists are attempting to discover which conditions the compound treats.

While cannabidiol is thought to be efficacious in treating pain, there is not enough clinical evidence to support that claim. The same applies to Syracuse University researchers’ study on CBD dosage for pain.

Rather than paying attention to chronic pain patients, the study was keener on how cannabidiol impacts reactions to the said form of pain, plus the strength of cannabidiol’s placebo effect here. Every single one of those patients hired for this study completed four trial sessions.

They were randomly put under different conditions of counterbalanced manipulation at every single session. In each session, those researchers exposed the participants to a source of heat commonly utilized to mimic acute pain during studies. They used many different measures to quantify every single participant’s pain experience, which included empirical scales, plus ratings of unpleasantness or pain intensity.

The researchers hypothesized that they would mainly detect placebo analgesia or pain relief due to the patients’ expectation, said study co-author Martin Vita. After measuring many different pain results, they discovered betterments in pain-related measures due to cannabidiol’s pharmacological effects and the effects of expecting CBD pain relief. The latter situation is similar to cannabidiol’s placebo effect. The mixed-bag of an outcome was quite startling and remarkable, said Vita.

A few of those measures, like pain intensity and tolerance, did not demonstrate any considerable changes in all the experimental conditions. Anyhow, the results are complex, with differences in the effects according to a given scale of pain treatment. As for Vita, the results demonstrate that pain is a multidimensional issue in the patients, and that future work would have to be about which pain types CBD might treat.